Rebuilding the Volunteer Fire Service with the SAFER Grant

Fire Companies across the nation are in trouble. Due to time constraints, increased demands, and training, it has become more difficult to recruit volunteer firefighters. Due to attrition, it is getting harder to respond to calls leaving both fire departments and the communities they serve in peril. Now more than ever, it’s imperative that local fire departments attract a new generation of firefighters to save lives and protect property or the volunteer fire service will die. Recruitment and Retention is a Priority. In response to this crisis, FEMA created the SAFER Grant initiative. 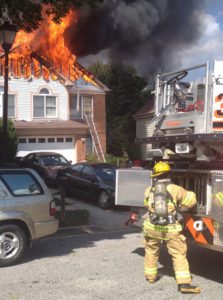 The SAFER Grant enables fire companies to generate incentives like purchasing gear or offering college scholarships to attract new recruits. It also provides funding for producing recruitment tools, including videos. In the era of social media, a recruitment video is a vital means for community outreach, one that will showcase your station and attract new volunteers that have what it takes to become future firefighters.

Kramer Communications Executive Producer Jeff Kramer, knows the fire service. For over 24 years, he served as a front-line officer, administrator and currently the Rescue Captain at the Silver Hill Volunteer Fire Department in Prince Georges County, Maryland (The 13th busiest station in the nation.) With his unique position as both an experienced, knowledgeable video producer and a member of the fire service community for over 24 years, he asks the right questions, collects the right content and captures powerful visuals from drills and actual incidents to create a compelling story about your fire department. He will create a Firefighter Recruitment Video that will make a difference, and bring new recruits to your door. 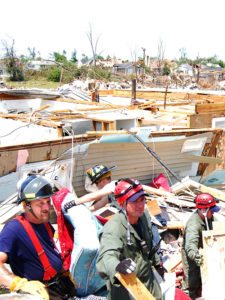 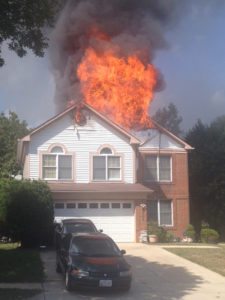 If your fire department has been awarded the SAFER Grant or is in need of volunteers, we encourage you to reach out to inquire about our firefighter recruitment video production service. We will work with any fire department in the country and will work within their budget. While there are plenty of other talented video production companies, none have the knowledge and experience of fire service that we have. We are committed to invest in the future of the volunteer fire service and will effectively demonstrate to any community that their help is needed, wanted and appreciated.
Contact us today at 301-352-3042 or kcam@his.com to learn more.

A 26 minute documentary focused on how first responders implemented the incident command system before, during and after a catastrophic level 4 tornado hit Tuscaloosa, Alabama on April 27, 2011. First aired on PBS in April, 2012 (one year anniversary) and then adopted and continues to be used in training on the Incident Command System by the National Fire Academy (FEMA) in Emmittsburg, MD.

A 30 second video introducing the documentary aired on PBS in April, 2012.

A Firefighter Recruitment Video for the Prince George’s County Volunteer Fire and Rescue Association featuring volunteer firefighters in action and cameos of them talking about their reason(s) for joining the fire service. The video also features Johnny Holliday, an ABC Sportscaster and commentator for the Washington Nationals Baseball team on MASN and the Maryland Terrapins Basketball team on Comcast. Mr. Holliday thanks the volunteer firefighters who saved him and his daughter from a burning plane accident over 42 years ago.

Please use the form below to send us an email message. We can also be reached at 301-352-3042. We look forward to talking with you.